Our Publication Odisha News was launched on May 9, 2002 at Sambalpur, Odisha as a Daily and it was published in three languages ( Tribhashi – Odia, Hindi and English).Later in the same year, it was re-launched as a weekly Odia newspaper, due to lack of proper printing services, non-availability of trained manpower and also lack of suitable communication facilities. It was so painful.Now things are different. There are facilities galore and hence, newspaper publishers and journalists have mushroomed everywhere.The situation is such that practically anyone can enter the media profession or business at will.In the meanwhile however, Odisha News has started appearing as a Fortnightly & Daily from Bhubaneswar, the capital city of Odisha, since April, 2005.Despite hardships, we have always focused on making our newspaper people-centric by bringing to the fore all issues and problems faced by the people of our state and also, by highlighting the policies, programmers and schemes of the Government for the benefit of the common people.We are happy and proud to state that we have been instrumental in increasing the level of public awareness and spreading positive and constructive ideas, in keeping with our civilization values and our liberal-democratic traditions.We have always shunned paid news, the land and building mafia, the ‘cheat-fund’ organizations and the private educational institutions/universities that exploit and loot people in the name of education. We have never approached them for funds or advertisements in spite of grim issues of survival.Among other things, we have been a pioneer in using the term, ‘Odisha’ instead of the distorted spelling, ‘Orissa’. Our stance has since been vindicated as the term ‘Odisha’ has officially replaced the term ‘Orissa’, due to the efforts of the present government of our state.This development has been a great source of satisfaction for us. ‘Making a difference’ has been our motto along with the ideal of simple living and high thinking. 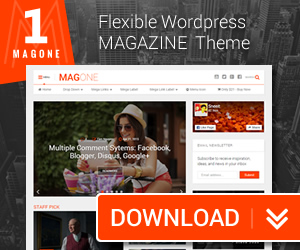